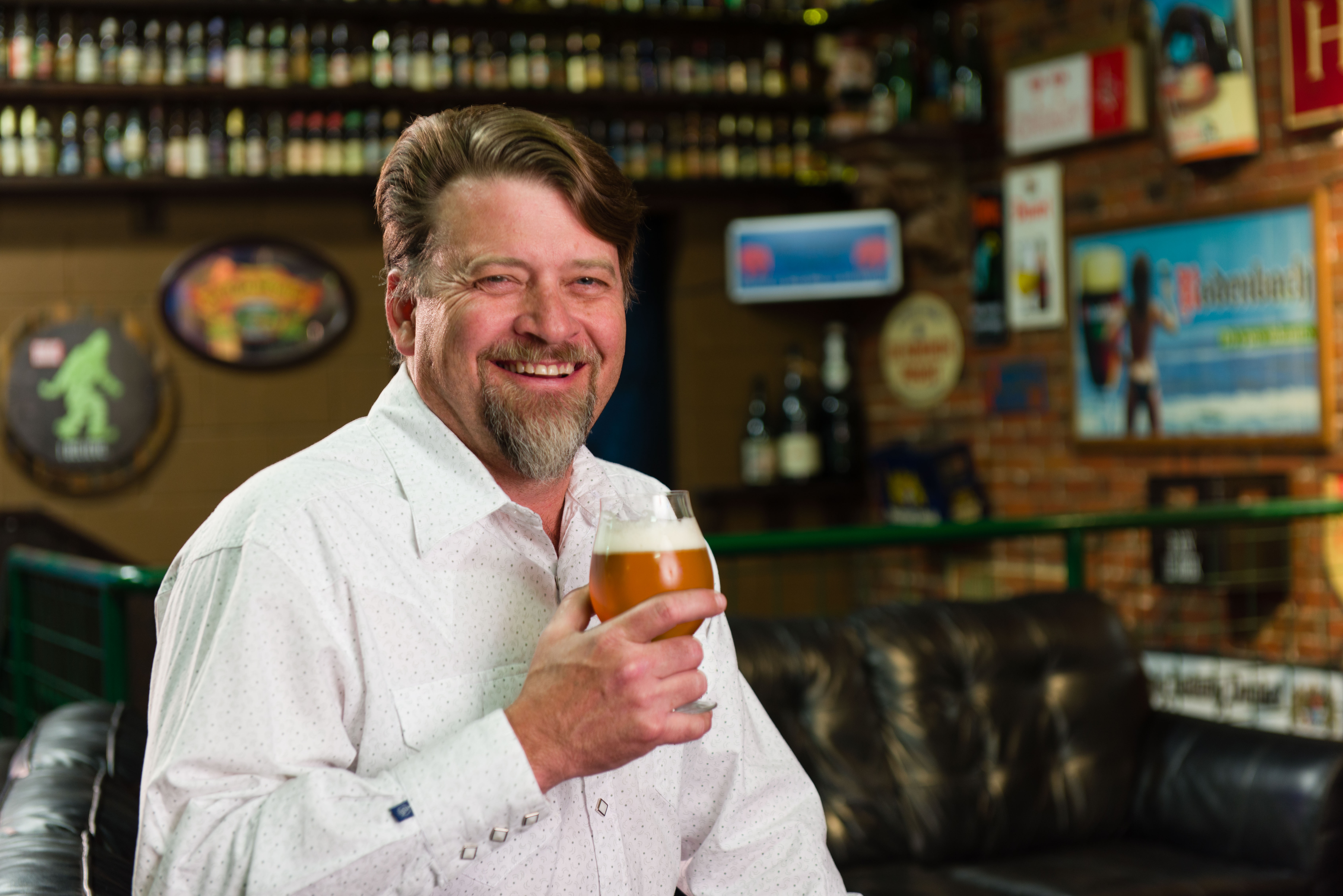 Where to begin on this one… The Falling Rock is still here 20 years later because of the hard work of our employees as well as the partnerships in the industry we have made. This Celebration is about highlighting a few of these long-term partnerships. Some can equal, but none can surpass the connection we have with New Belgium Brewing. Almost from day one their people have been big supporters. When they first embarked on their sour beer program, the Falling Rock was the place they first tested the waters. In the Fall of 2001, when the first 4 Foeders had just been delivered & were sitting in the parking lot under blue tarps (where brewhouse # 2 now sits), my wife Cheryl & I went up for a brewery visit. We were hanging out drinking beers with their Head Brewer, Peter Bouckaert plus Kim Jordan & Jeff Liebesh. Peter had just unearthed some sample bottles of a couple of the small barrel experiments that had been under his desk for a few months. We tried out the first one, meh. Then we opened the second, amazing (I believe the bottle was marked OC2B). It was decided that that batch would become the inoculant for one of the Foeders. They had 1 full keg plus a partial keg. The full keg went in the Foeder & the partial came to the Falling Rock for GABF that year, but it came with strings attached, I was required to use stemware to serve it & I had to charge “a lot of money” for it. Well, what could I do but comply, we used a red wine glass & charged $6 for a 8oz pour (pints were $3.50- $4.50). We tapped it on Wednesday of GABF week & after the Brewers reception people wandered over. I remember handing the check to the New Belgium table (they had practically given me the keg) for about $100. Hey, I was following what I agreed to. One of the other people I convinced to try it that night was Michael “No Glove” Jackson who instantly whipped out his notebook & furiously started scribbling notes. The tap handle read “NBB Love ‘98” (to this day, when New Belgium releases a single foeder sour beer, it is called “Love”). 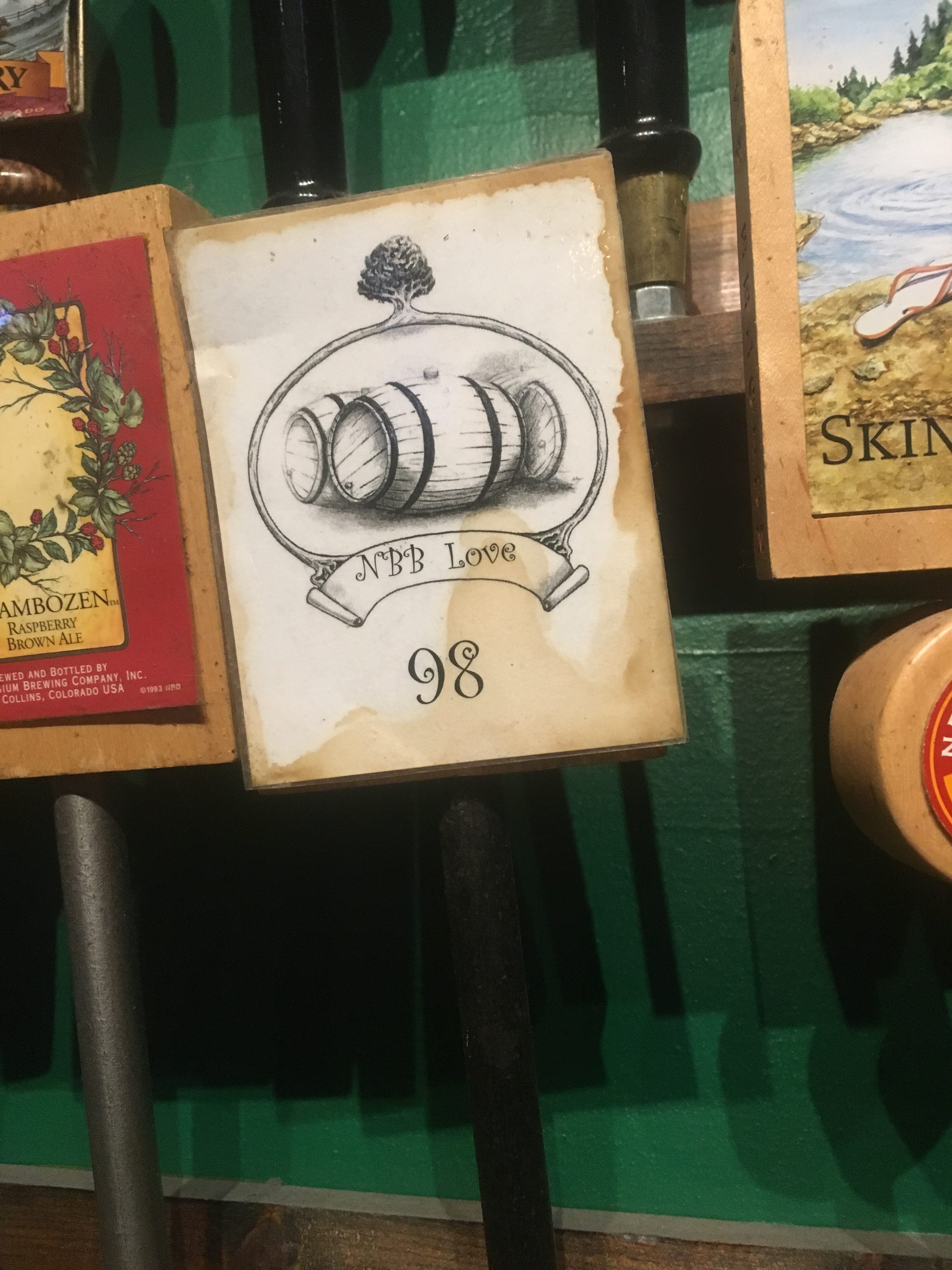 This was the beginnings of what is now La Folie (La Folie is a blend of multiple foeders). In 2007, for our 10th Anniversary, I went up to the brewery and, with the help of the Wood Cellar Wizards of Lauren & Eric; made a blend of all 10 of the foeders they had at the time (I believe they currently have 64). The following week my assistant Beth Walter & I went up to the Brewery and helped bottle the 4000 bottles in about 11 hours. It was one of the last of the hand-bottled La Folies. This year, for our 20th Anniversary, I am going up to the brewery with one of my fellow Publicans, Tom Peters of Monk’s Café in Philadelphia. Monk’s specializes in Belgian Beer and Cuisine & is one of the “must go” beer bars on the planet. He was a James Beard Award Winner for Outstanding Wine, Spirits, or Beer Professional in 2015. He flew out this week to help with the blend. This will be Great!

Our 2nd beer for the 2nd day is called Ecliptic Falling Asteroid and it’s from Portland, Oregon. The owner of Ecliptic Brewing is John Harris. John has brewed at McMenamins, then Deschutes, followed by being the head experimental brewer for Full Sail for many years. In 2013 he ventured out on his own, opening Ecliptic in North Portland. Great beer & great food also! I first met John in 1999 at the Craft Brewers Conference in Phoenix and have shared many a beer and many cigars since that day. One of the other things we share is a love of another Publican, Don Younger of Portland’s Horse Brass Pub, one of the Country’s early Beer bars (Don was owner of the Horse Brass for nearly 35years until his passing in 2011). My wife Cheryl & I flew out to Portland and the 3 of us brewed Falling Asteroid on November 1st 2016, the 40th Anniversary of the Horse Brass Pub. 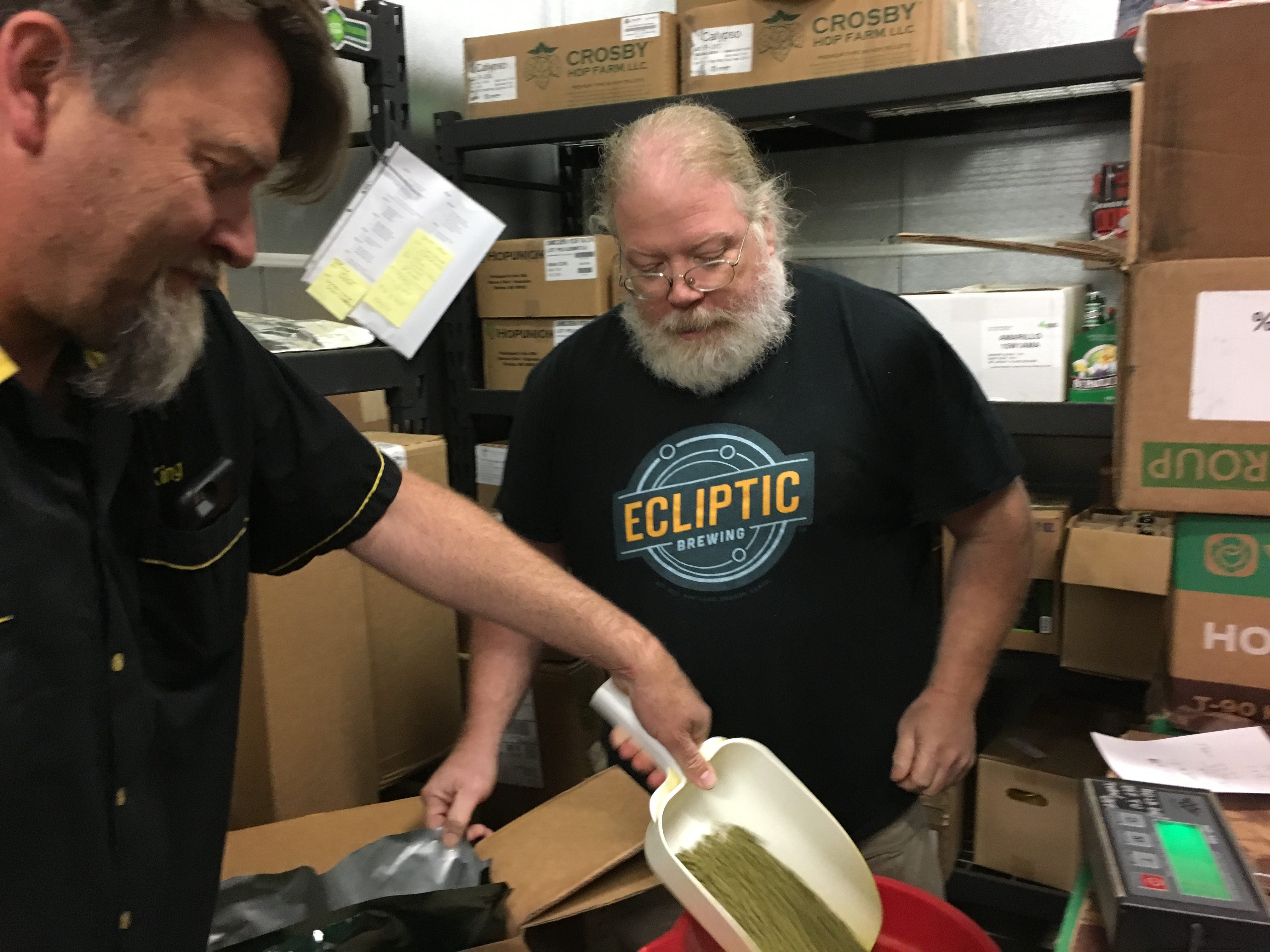 Falling Asteroid is an Imperial Porter with Cocoa Nibs aged in Whiskey Barrels. John & I designed the beer for my brother Steve who is, most definitely NOT a hophead. This sucker hits on all the things he does like in a beer. Cheers Steve!