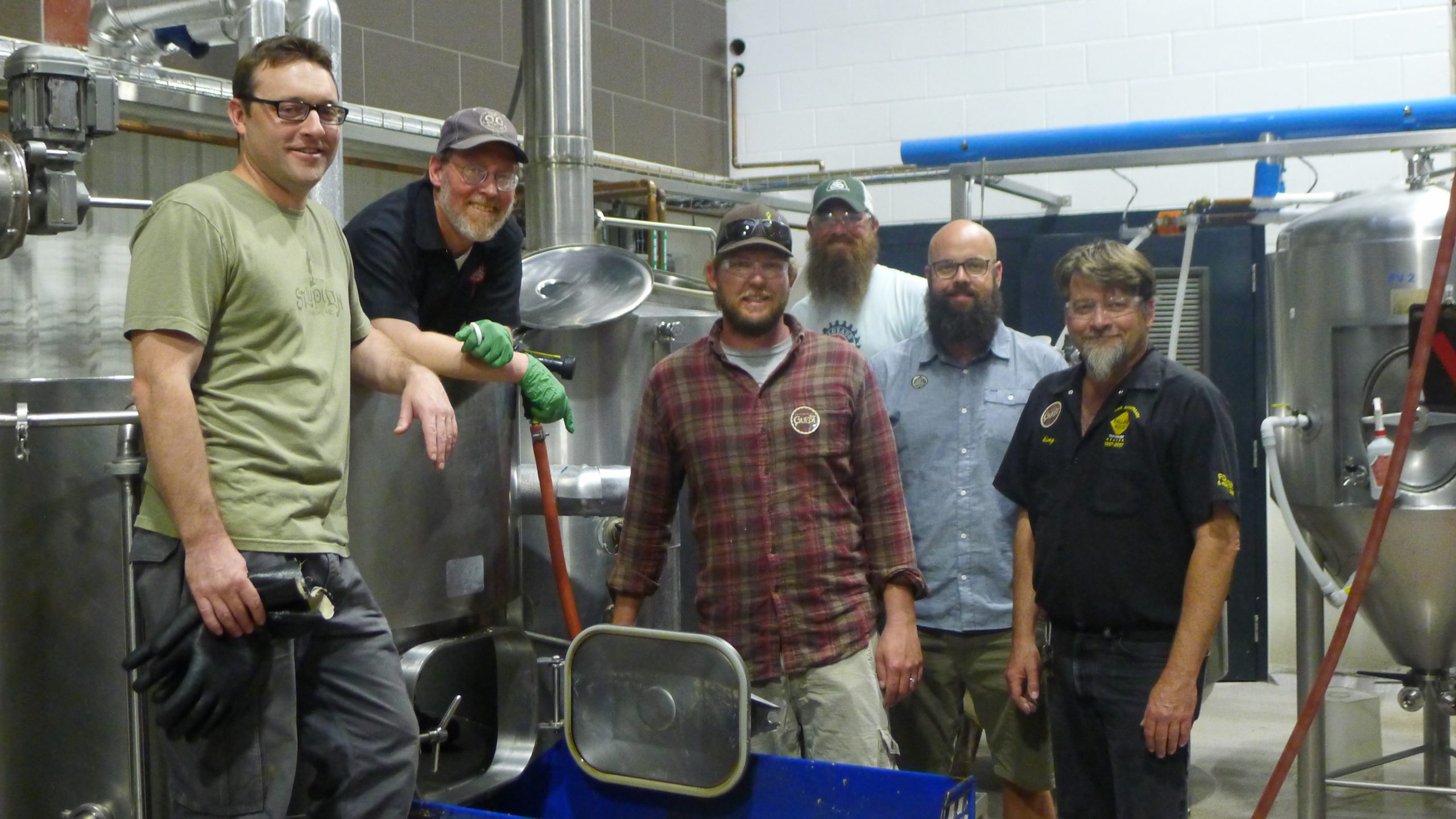 Sunday, June 4th, Day 3
Ahh, another Happy Place here in Colorado; I’ve brewed at Odell Brewing more than anywhere, I believe this makes 6 times. Odell has had a nice pilot system (originally a 5 Barrel {hence the name of their pale ale} now a 10 Barrel size) for quite a long time now. Let’s see I’ve made a Barleywine where there was so much grain in the mash tun the sparge arm would barely turn, an Imperial IPA for our 10th Anniversary (brewed on the same day they were lowering another 200 barrel tank in through the roof), a couple of couple of beers we called FRASPP (Falling Rock Anniversary South Pacific Pale) a wonderful 5.5% Pale ale hopped with Hops from Australia & New Zealand, and one of my Favorite (and longest) brew day, a Wet-Hopped Pale Ale For our annual Fresh Hop Fest. The Wet-Hopped beer used freshly picked Hops from Palisade Colorado. The night before I drove out to Palisade and met Odell’s procurement guy, Scott at the house of the hop growers, the “Hippy Chicks”. We ate dinner & shared a few beers before calling it a night. The alarm went off at 4:30 am & by 5am we were in the fields preparing to cut down the bines. By 5:30 the sun was peeking over the mountains and we started cutting. By 6 we had enough to take down the road to run through the picker. My task when we got to the picker machine was to grasp the end of the hop bines with my hands about 18” apart & stick the bine section between my hands into the jaws of the machine while being careful not to place anything else there. Ladies & Gentleman (and the rest of you also) I’m here to tell you that I totally succeeded in not putting any of myself through the giant clanking machinery. After stuffing the 75-80 lbs of freshly picked Chinook Hops into sacks & loading up the old (& now fortunately deceased) EZ Street Van we headed towards I-70 & hit the closest fruit stand as they unlocked the gates at 9. After our breakfast of amazing Colorado Peaches (& filling up my truck with all kinds of other beautiful fresh produce) we embarked on our drive to Ft. Collins. S-L-O-W-L-Y. Ol’ EZ definitely wasn’t named “Speed-D”. I felt like I was in the beginning of “Revenge of the Nerds” where the dad has “the old speed control set on 35,” EZ had a top speed of 65 DHWTWAIB (Down Hill With The Wind At Its Back) which wasn’t very often. As we finally exited the mountains in Morrison, we called in to the Brewery to have them start the mash. We arrived an hour and a half later, unloaded the hops & within the hour, were adding some of them to the beer. After the end of the boil we filled the mash tun with over 50 lbs of wet hops we had picked & used it as a giant hop back. 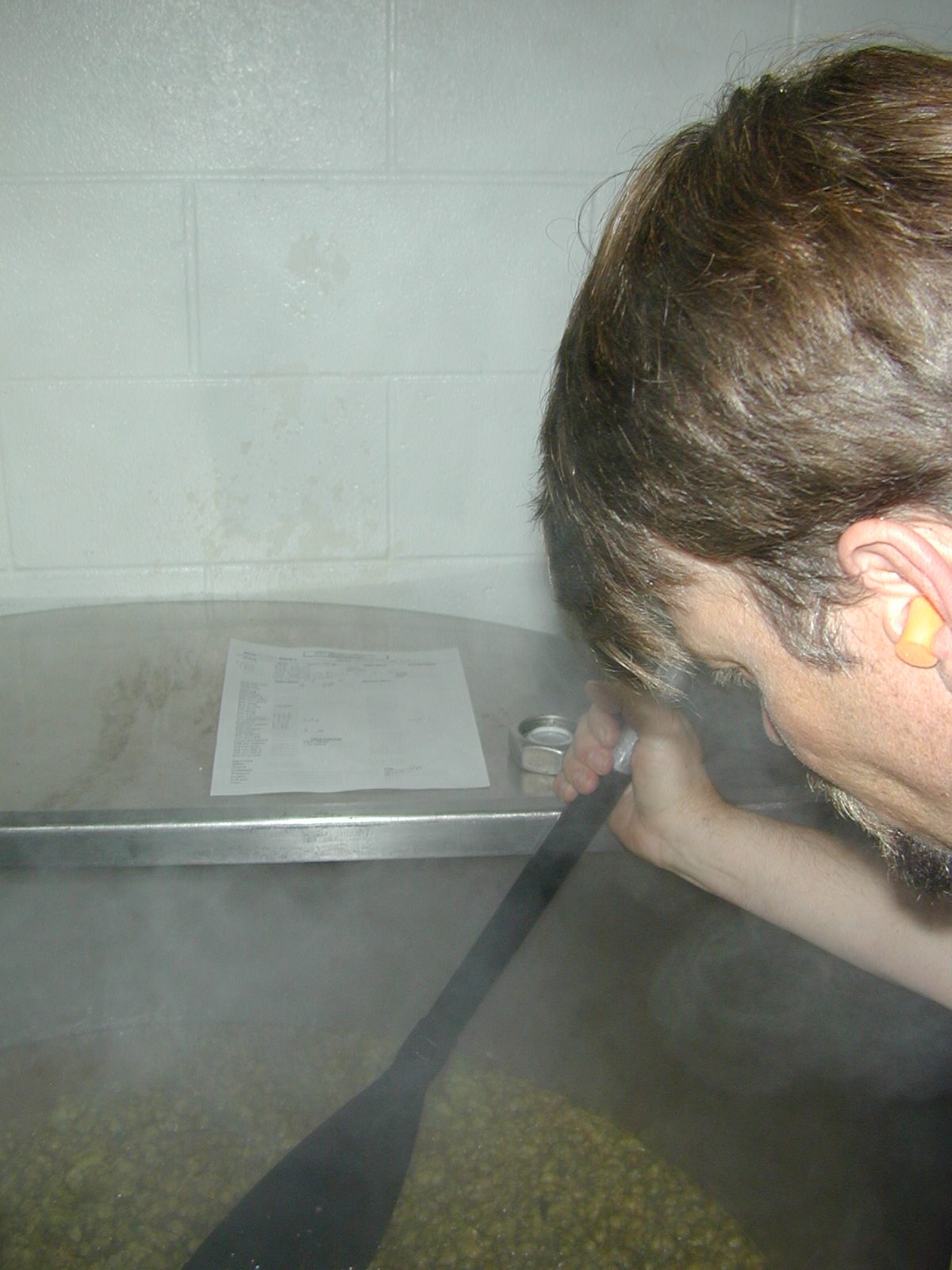 The smell filled the entire building. Anyway, back to our current Anniversary Beer, This time decided to brew an IPA with all Colorado ingredients. Scott & I teamed up with Todd Olander from Root Shoot Malting & John Rademacher from Colorado Hop Company. The IPA was Hopped with Cascades (surprisingly Earthy as well as Grapefruity) and Chinooks from Colorado Hops & an experimental hop only listed as 472 that had a serious Lime & Coconut aromatic that reminded of a thai green curry. It should finish out around 6.5% abv & I can’t wait to taste it. 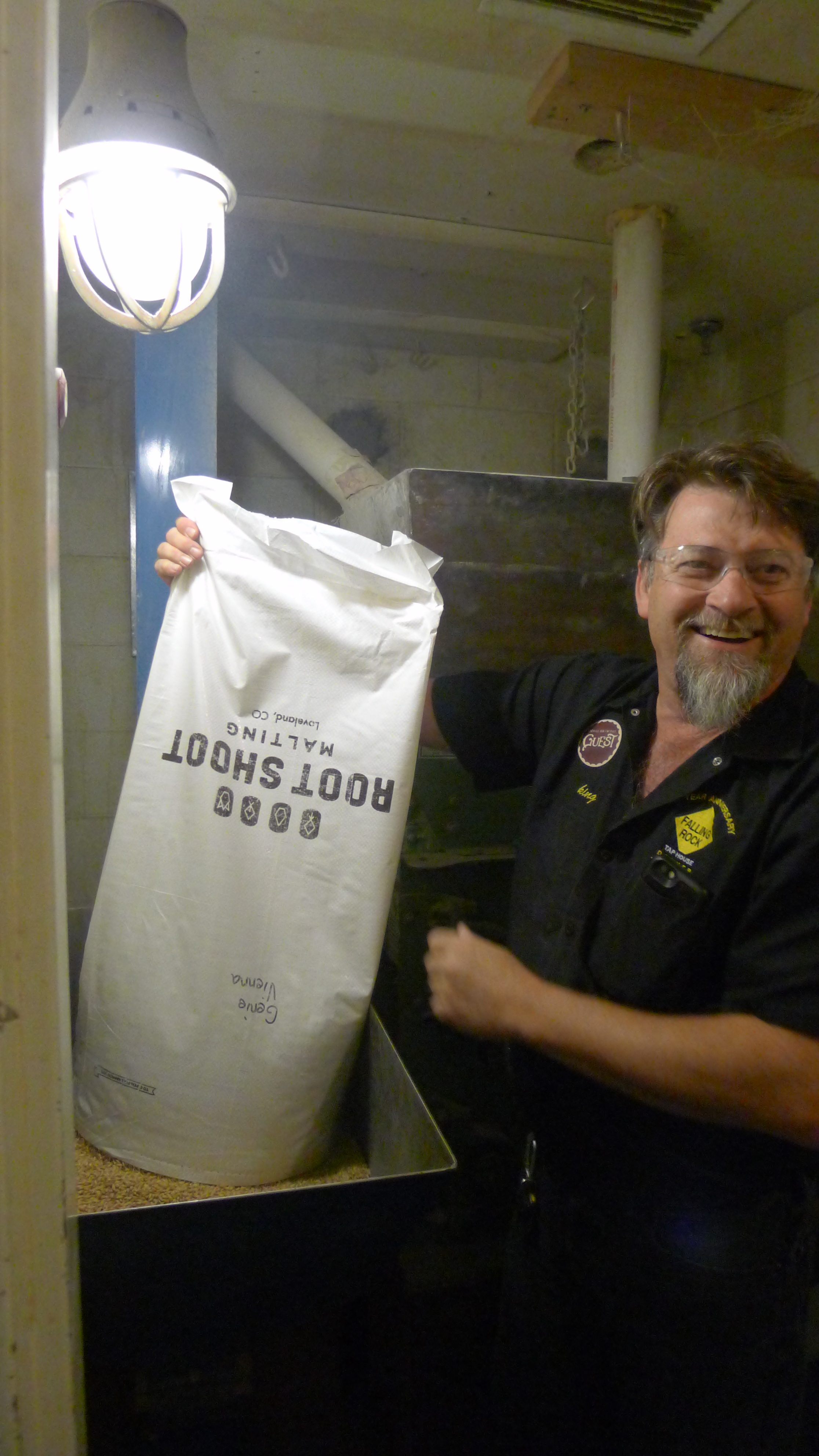