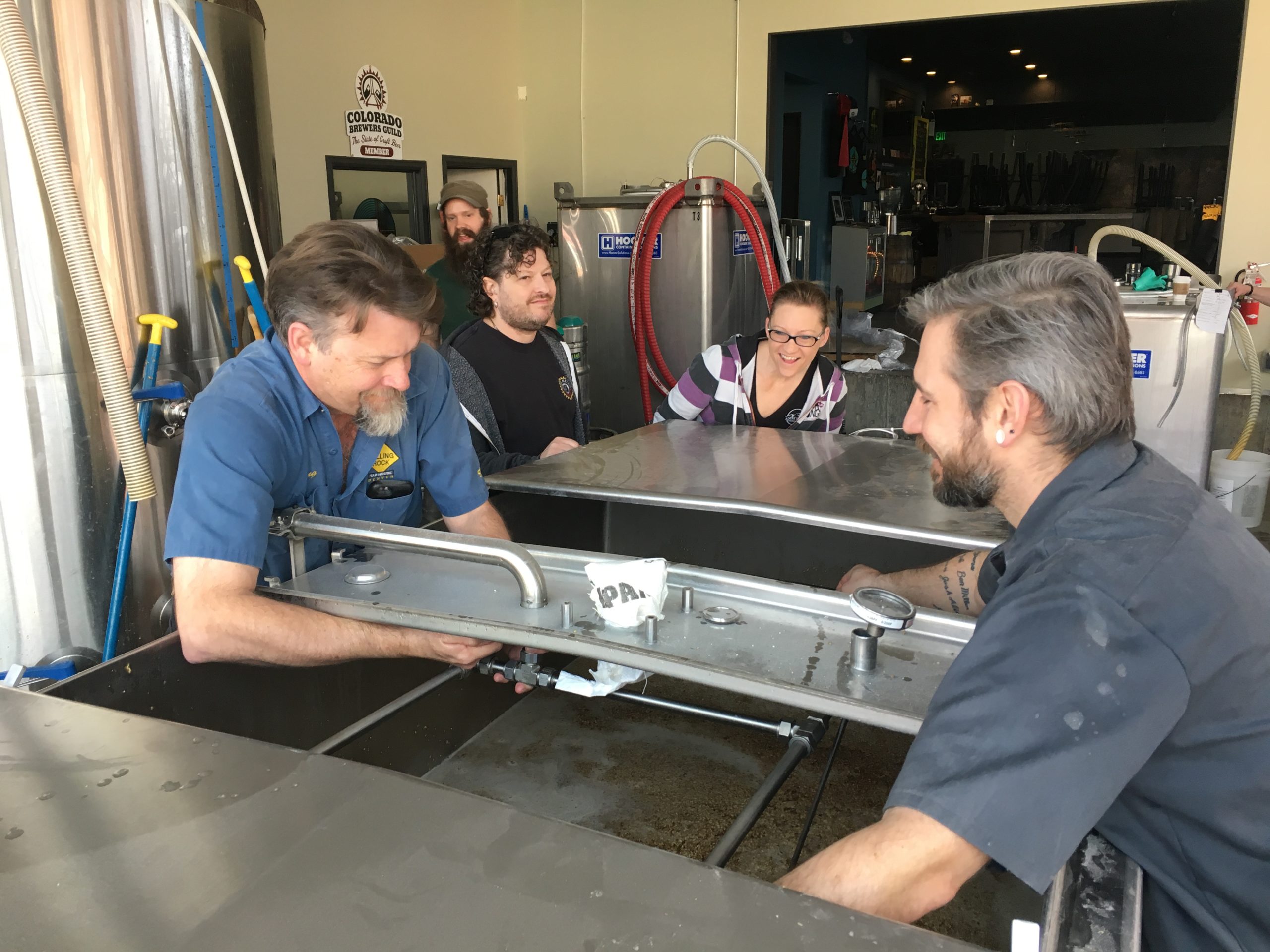 (sort of) New Friends. As you may have noticed, in the last few years, a lot of new breweries have opened here in Colorado (& everywhere else, for that Matter). We’re pretty picky here at Falling Rock, we tend to shy away from the very smallest of these new breweries (mostly because they are better off selling the beer at their own taproom {ie. They make more money that way}) and we tend to favor breweries run by people that have been brewing for a while. One such brewery is Spangalang over in the Five Points neighborhood. Three industry veterans (former Great Divide employees) Austin Wiley, Darren Boyd & Taylor Rees, branched out, located a building in a neighborhood without a brewery, and have put out some incredible and diverse beers all tied together by their passion & the history of the neighborhood. Denver is a Jazz town & Five Points is Denver’s Jazz Neighborhood. For decades, Denver was a stop for Jazz musicians on their way from Chicago or Kansas City to the West Coast. Denver is also home to one of the best Jazz radio stations on the planet, KUVO (89.3 FM or also on the web with fantastic super high quality streaming feeds at KUVO.org also check out their streaming app for your phone). The theme of Spangalang is a tribute to the music of their neighborhood with the beers being named after famous Jazz albums & artwork by our former bartender Paul Vismara (who painted the insides of our front doors plus the metal signs on the patio) with his interpretations of famous Jazz album covers. Let’s just say that we enjoy what these guys have done in the last 2 years since they opened & love hanging out there. In our quest to brew many different styles of beer for our celebration, we thought naturally of Spangalang. They do some really nice drinking Kettle Sours with different fruits, so we thought that would make a great addition to the line-up. On brewday some of the Falling Rock Staff showed up to help out, Bryan & CJ Jansing, Trip (if that really is his name) Heaverly, Beth Walter & myself. 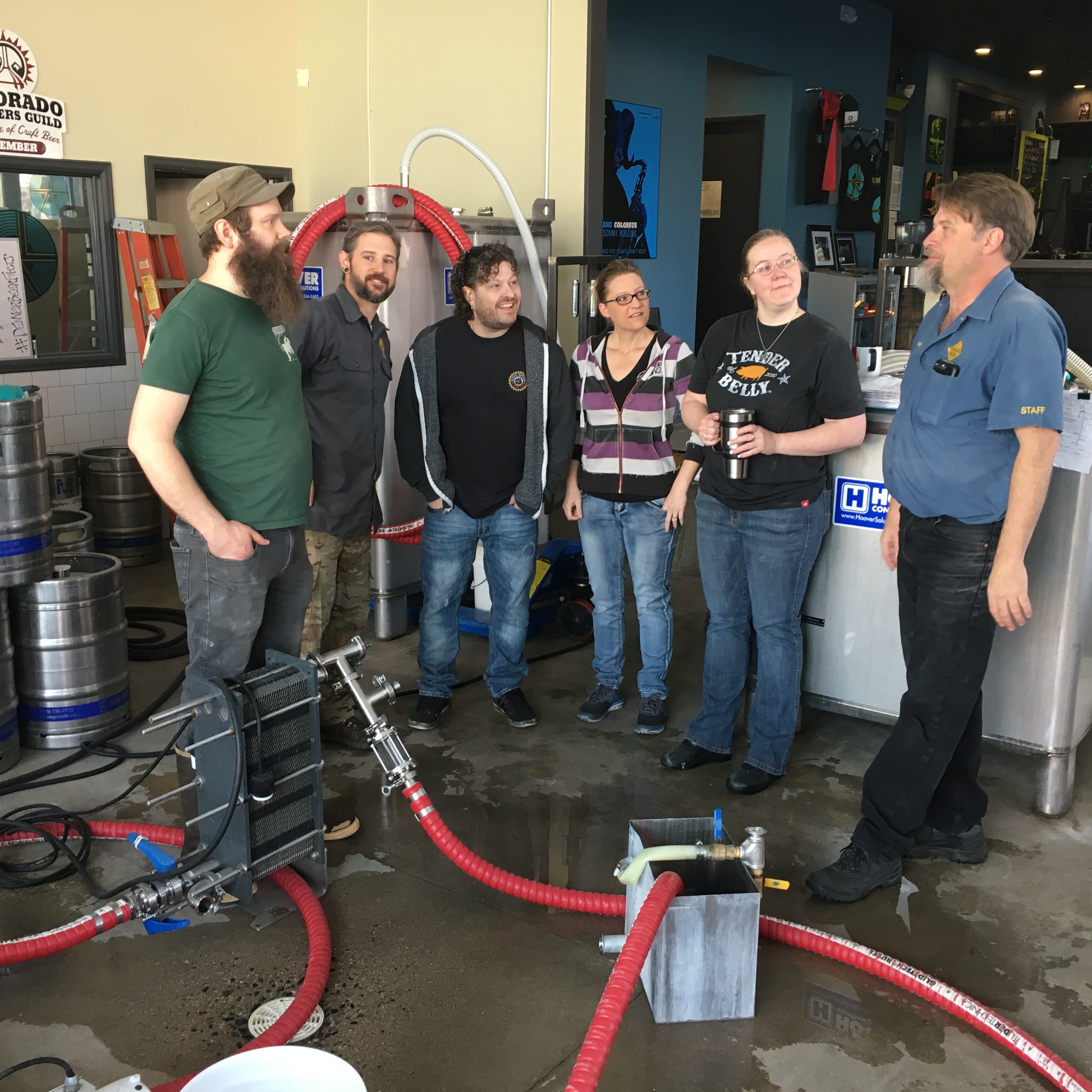 What a fun day of being the mash mixer & graining out (with so many hands it really was fun & quite fast).

The best part is always about spending a day hanging out with friends and seeing up close how this thing we all enjoy so much comes to being. A few weeks later it was time to add the fruit & Beth had a really nice suggestion; we went for adding a mixture of fruits that Spangalang had used individually before (with success), Peaches, Strawberries & Raspberries. Since the Kettle Sours are all named “Junction,“ I instantly knew what the name would have to be… Dysfunction Junction! Dysfunction Junction is the name of a local band that played every Friday night at Falling Rock the first 5 years or so we were open. What a perfect name. I love it when things come together.