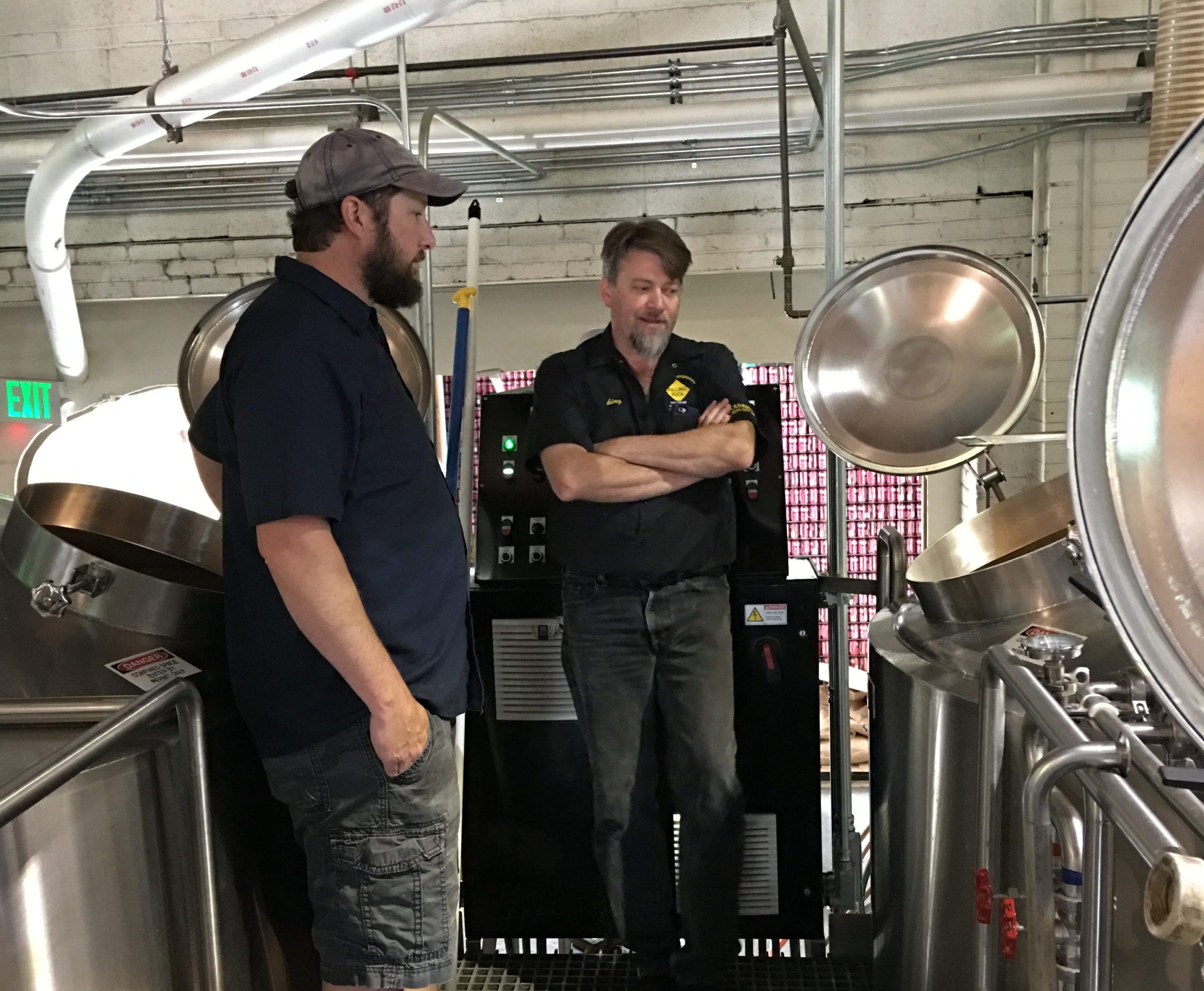 Something Local, it used to mean something from the same state, increasingly it’s becoming the same block. After beers from all over, let’s get down to our own neighborhood. Epic Brewing started out in Salt Lake City, when it was time to expand a bit, they got tired of dealing with the laws in Utah & located their production brewery 12 blocks from Falling Rock. I think the name of their Colorado Brewed IPA says it all “Escape to Colorado”. Last year we sat down with a bunch of folks from Epic, owner Dave Cole, Head Brewer Kevin Crompton, plus Sales team Darin McGregor & John Turk, & decided on making something Big and Barrel aged for our 20th Anniversary. We started off with the idea of a Belgian Quad while drinking beer (late) one night during Big Beers, Belgians & Barleywines up in Vail (festival now relocated to Breckenridge) because Kevin had never made one. Brilliant, let’s run with it. Then we decided that we would barrel aged it for 6-8 months before deciding what more to do with it. Brew day came; Beth & her father Phil assisted myself & the Epic brew team with the brew (see the video for the proper technique for yeast preparation). Fast forward 6 months & it’s time to check on our Barrels, all 8 of them. We went out to the Epic’s barrel warehouse & sampled the barrels, Beth noted that a couple of the barrels had a distinct almond nose to them, Bingo, the barrels were trying to speak to us, Almonds would make a great addition, also some had a distinct dried fruit characteristic, we decided that cherries would bring that out. After much soul searching, oh wait, it was really Google searching, we found some really nice dried cherries & settled on 2 pounds of tart cherries & 3 pounds of dark, sweet cherries. In each barrel. Dave had let us have free reign on the ingredients & costs, he almost re-thought that when he saw what we did. Oh & I need to clarify that when I said, almonds would make a great addition, I mean we actually added real Almonds to the beer, so if you have an allergy to almonds, you should steer clear of this beer (Legal Allergen Warning now completed). For the rest of you, get ready for some boozy, fruity, nutty madness!