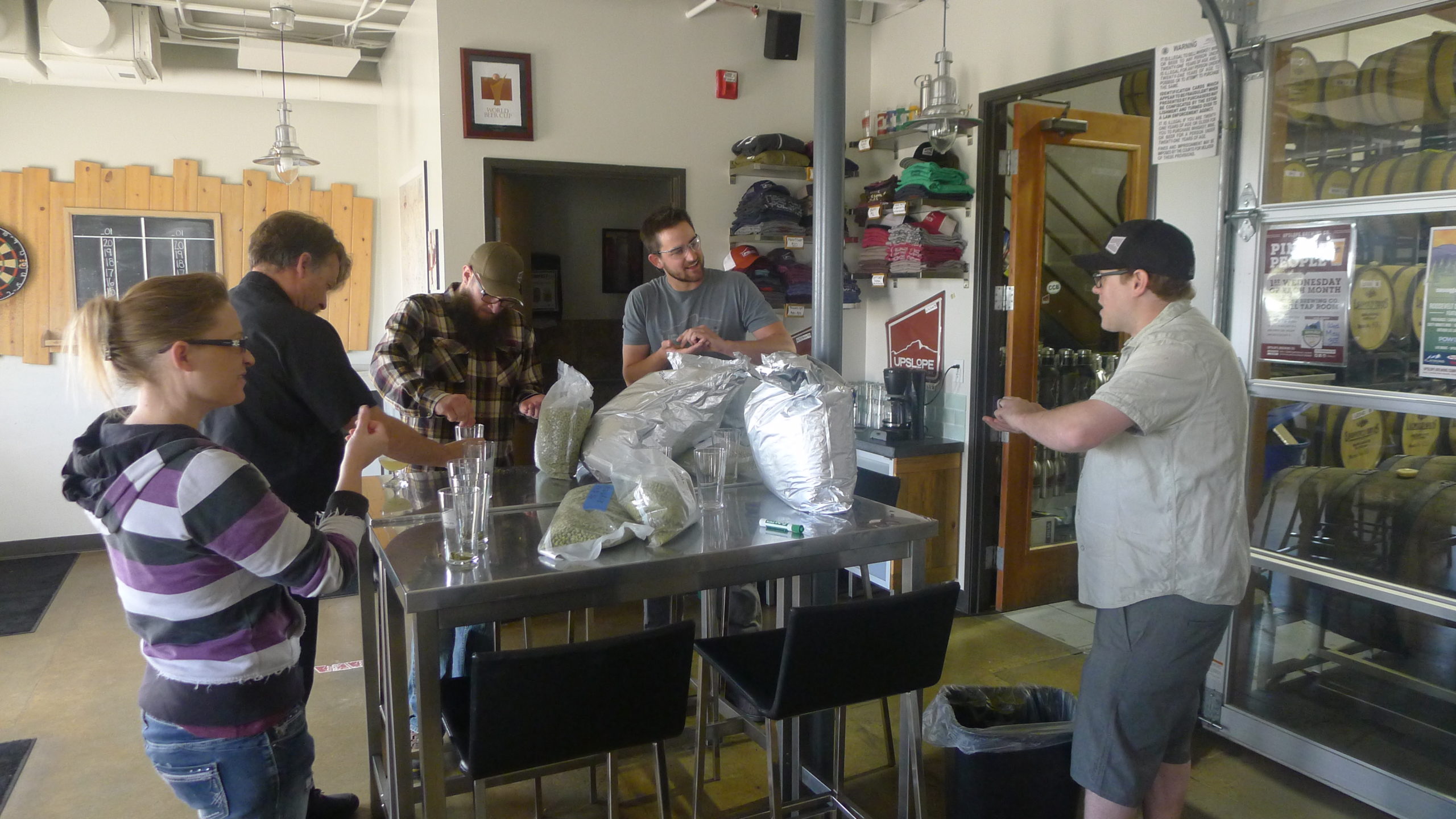 If you’ve been coming to Falling Rock, you might have noticed that the Great American Beer Festival is kind of a big deal for us. When we opened, about the only thing bars in Downtown did was hang a banner advertising the GABF with “buckets of Sam Adams for (discounted price)”. That wasn’t what we were into, we were into offering as many special beers as possible that week. In 1998, we started the tradition of the GABF kick-off tapping. We envisioned it as a pre-GABF event mostly for the folks that live here, where we could tap into a bunch of special, hard-to-find beers to get the week rolling. For the last 4 years, the Falling Rock staff has traveled to Boulder each fall to brew a special beer for the Tapping Party. After talking with Upslope Brewing about the tapping party, we settled on making a beer primarily with the attending brewers in mind, somethings crisp, clean & tasty, without too much alcohol so that you could have a few over the marathon that is GABF week. Enter what is now called South Pacific Pale.  From its first iteration as a true collaboration with some ideas from both sides, to year 2 tweaking the recipe, to year 3 with me writing the recipe, it’s been a fun & enjoyable project. The inspiration came from a trip to the Craft Brewer’s Conference in San Diego, 2 beers really knocked my socks off, Alpine’s Hoppy Birthday, & Pizza Port Ocean Beach’s OB 125, both super pale 5% abv 40+ IBU pale ales. We settled on using Hops from New Zealand & Australia and using most of them at the end of the boil to capture some of the flavors & aromas those techniques help preserve hook’s heroes slot. 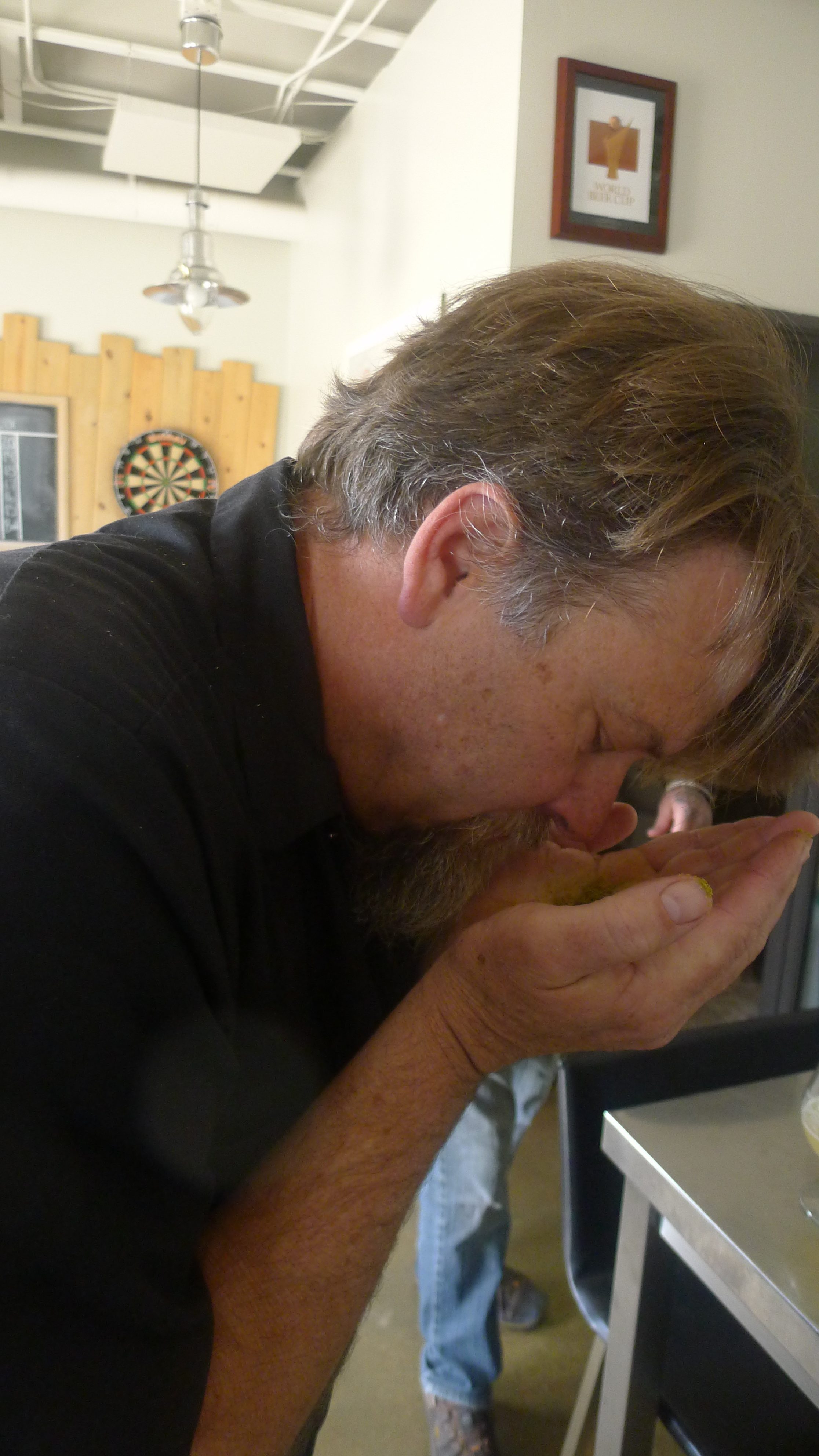 One of the staff’s favorite parts of the day was sampling & rubbing hops to smell the differences between the potential hops that we had to choose from, and then mixing up the hops together that we had decided upon & smelling that mixture, heavenly for a hop-head bunch like us. We like to think that we nailed it, our sales during GABF says we might have.